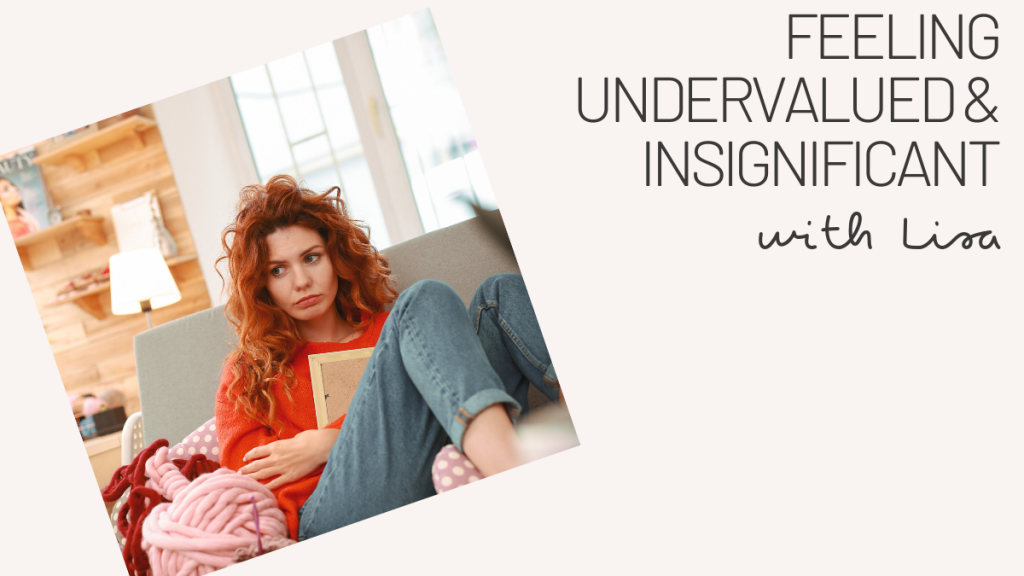 People will present with certain ‘issues’ or ‘challenges’, but more often than not, these are not the underlying events, stories or beliefs that have caused the current circumstances.  Let me explain…

Olivia ^ had been feeling undervalued and insignificant at work.  This had been a reoccurring theme in her life for quite some time.  Her role had recently changed due to a restructure and she was not happy with her new role.

She said … “I’m not happy with this new role, and I feel tightness in my chest, the colour is deep purple and it’s rough and my emotions are frustration, feeling undervalued and insignificant”.

Olivia’s new manager had recently acknowledged some of her team members 1 year of service.  Yet did not acknowledge her 13 years of service! This left her feeling unvalued and insignificant.  Throughout the sessions she realised that her manager was inconsistent at acknowledging birthdays and anniversaries – and that it didn’t matter that he had forgotten her anniversary.

This bought Olivia from a rating of -8 to a -2.  But it wouldn’t move any further… That was until, we explored that this insignificance and need for acknowledgement was actually linked  to an event that occurred when she was 16 years old! Once she was able to process this story, her feelings about work because neutral and non-existent.

When coming home from school, Olivia as approach by a man in an alley.  Whilst she was unharmed by the event, upon returning home, her parents didn’t acknowledge her attack or do anything about it.  They didn’t talk about it, comfort her or contact the police. She felt ‘insignificant’.

She had taken on a belief that ‘She wasn’t good enough to be helped, because mum didn’t do anything about the attack and she was left to get on with her homework’.

Olivia was able to connect with her 16 year old self and explore what she needed at the time, and that was

At this point, she realised that she had changed her belief.  She felt ‘empowered to be able to help others through her experience. And she felt significant!’. This new belief was then imprinted into her body and cells.

At the end of the session Olivia said her belief about herself had changed:

Do you feel undervalued and insignificant?
Know that you too can clear and transform your beliefs through holistic health and wellness!

* The self administered SUE (Subjective Unite of Experience) scale) was used for feedback.

^ Client name has been changed for the purposed of this article

Sending love and wellbeing your way! 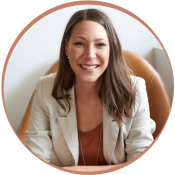 Hi, I’m Lisa and I help women to break the cycle and overcome Anxiety, Stress, Overwhelm, Trauma and Chronic Illness 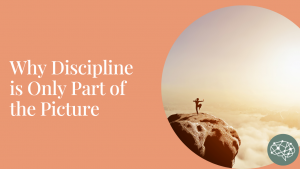 Why Discipline is Only Part of the Picture 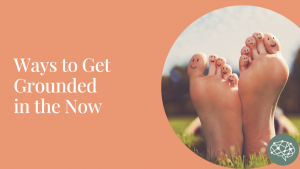 Ways to Get Grounded in the Now 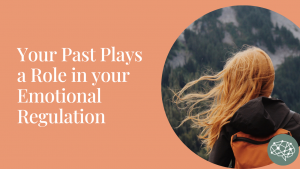 Your Past Plays a Role in your Emotional Regulation 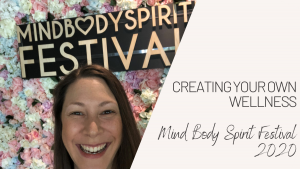 Creating your Own Wellness @ MBS Festival 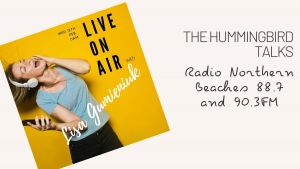 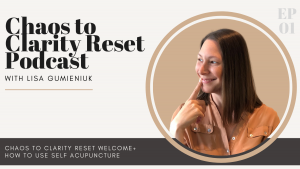 001: Chaos To Clarity Reset Welcome + How To Use Self Acupuncture | Lisa Gumieniuk

Book a Clarity Session to find out more >>

Book a Clarity Session to find out more >>

Book a Clarity Session to find out more>> 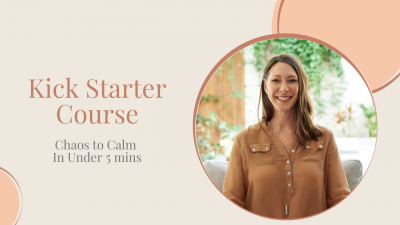 The Chaos to Calm Summit

Available for a limited time

If you haven't noticed, there are a lot of moving

Anxiety is not just in your thoughts! 🧠If you

It may not appear to be making such a difference w

What living in a state of anxiety can look like...

What I wish someone would have told me about anxie

The Next MindBody Reset Experience is on tomorrow

What my life looked like when I was stuck in emoti

Have you been guilty of emotional by-passing? me t